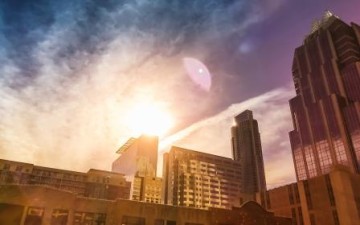 Economic growth, low interest rates, the energy reform and an upward turn in the real estate sector are some of the reasons why foreign investment in Spain has closed with extraordinarily high figures compared to previous years.

The scenario has been ideal, so much so that there have been acquisitions of Spanish companies for more than 36.5 billion euros. This has mainly occurred in the energy and real estate sectors, although other sectors of the economy have also been involved, such as telecommunications and food.

The figures for the energy sector were approximately 10 billion euros, of which only three transactions accounted for 5.514 billion euros: the purchase of Viesgo by Macquarie and WHI for 2.5 billion; that of Madrileña Red de Gas by several funds for 2.014 billion; and payment of 1 billion by Cerberus for the acquisition of Renovalia. The latter in the renewable sector, which in 2015 accounted for almost half of the purchases of energy assets, totaling approximately 4.7 billion euros. The renewables sector in January 2016 continues to show much activity.

In the property sector, transactions exceeded 4 billion euros, with significant purchases from Grupo Sanjose by its creditors.

Last year was also characterised by iconic purchases, such as 10% of the Corte Inglés for 1 billion, which was paid by Sheikh Hamad Bin Jassim Bin Jaber Al Thani, from the Qatari royal family and the acquisition of 20% of the emblematic football club Atletico Madrid by the business man Wang Jianlin.

The origins of investments in 2015 are varied. Particularly significant is investment made by the United States with approximately 9 billion, followed by France with 8 billion and the UK with 5 billion. Similarly, China showed strong growth, registering 2 billion euros worth of operations, and Mexico, whose investments were made by Sigma & WH (formerly Campofrío), Panrico and Realia.