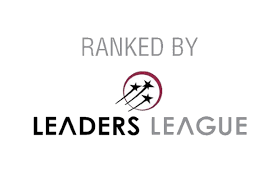 Posted at 10:15h in Articles, Mergers and Acquisitions by Sandrine Le Jeune
0 Likes

The French publication “Leaders League” has over 20 years of experience analysing the legal and financial market. Every year, it assesses the best law firms in Europe and around the world since it is now present in over 40 countries, with rankings in the various legal areas. Its “Leaders League” ranking os classified into five sections, from “Leading” to “Recommended and Experienced”.

AGM Abogados has been present in the publication’s rankings since 2017, in the list of best law firms in Spain under “Commercial Litigation” and “Tax Law”. This year, two further recognitions have been added: we are also a recommended law firm in Spain for the M&A and Private Equity.

In recent years, AGM Abogados has grown constantly and its M&A area has gained recognition in the country as it is present in various sector rankings such as being one of the most active legal firms in M&A according to the well-known financial newspaper Expansión.

AGM Abogados is currently one of the leading law firms in Spain, whose revenues are ranked 31st among Spanish legal firms, and it is the only Spanish one to have its own office in France, in addition to receiving further recognition such as these new rankings.

If you have any doubts or would like to make any enquiry, contact us here, or find out about our services.