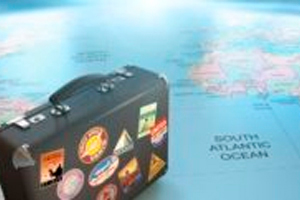 At the end of September 2013, the Government approved the Law to Support Entrepreneurs and their Internationalization, creating a mechanism known as the Golden Visa, through which it was intended to attract qualified personnel and foreign investors by granting in return a residence permit for non-EU citizens in a much more flexible way than usual and with interesting conditions, such as non-compulsory residence in the country, automatic inclusion of family members and reduction of the periods of concession.

The first year after validating the Law, it was not excessively successful in terms of granting visas due to several issues:

On one hand the lack of knowledge of the Law abroad, the work of advertising the Spanish Golden Visa is still necessary, the competition is high and other countries seem to know how to “sell” their virtues better in that sense. Secondly, the decision to invest a large amount should not be taken lightly and the market should be well studied. Thirdly, and perhaps the main obstacle that, even now, more than three years after the implementation, the difficulties preventing money laundering imposes for the arrival of foreign capital into Spain continue to exist. Certainly there must be a control, but when the countries of origin do not do it exhaustively, it is difficult to prove the origin of the funds before the Spanish Bank institutions. That is the main obstacle that Chinese investors are facing when trying to invest in Spain.

The exorbitant sale prices of real estate in the main Chinese cities as well as the yields offered by bank deposits in that country are allowing a large number of middle-upper and upper-class families to consider investing in Spain, whether to settle in our country immediately or in the medium to long term, or simply to have “safe” capital outside their country and in turn to have a residence permit that offers them an open door to travel in the Schengen area freely. The fiscal control loop of the Chinese authorities makes it more difficult the accreditation of the origin of those funds in Spain. To this must be added the country’s restrictions on the outflow of capital without government authorization, but this does not imply that it is impossible. The key is good guidance, planning and preparation of a suitable dossier, so we can work with our clients in having positive results in 100% of cases. It is important to take these issues into account when negotiating the Contract of Sale and Purchase in terms of deadlines, despite the rush that sometimes exists to materialize the purchase and not lose the investment opportunity, it should be planned properly so that there is sufficient time to the arrival of capital to Spain.

Also, to be taken into account as a reason for the increase in the granting of visas is the reform in the Law that came into force in July 2015, which clarified and improved the processes, which led to a higher number of operations carried out by Chinese buyers which almost doubled from January to October 2016 over the previous year from 363 transactions in 2015 to 666 in 2016.

The latest official figures date from last October 31st and indicate that from September 2013 to this date a total of 24,505 visas and residence permits have been issued, of which 11,774 correspond to the holders who made an investment or to qualified professionals and the remaining 12,731 are relatives of the former.

These permits have involved a total of 2,123 investment operations that have managed to mobilize a total of 1,708 million euros, which is 62.8% more than in 2015, when the volume of money collected by issuing Golden Visa amounted to 1,048 million.

By type of investment, as mentioned above, real estate acquisition continues to be the most important, accounting for 93.9% of total investment transactions with 1,993 home purchases, while in amount, its weight falls to 77.6% being valued at 1,326 million euros. And with respect to the end of 2015, those 1,326 million represent an increase of 45.5%.

It is followed by investments in new business projects, which involved 36 operations valued at 280 million euros. This section has also seen an exponential growth; since at the end of 2015 there were hardly any investments to start new business projects valued at 62 million. Therefore, from January to October 2016 the investment of non-EU citizens who choose to undertake in Spain has multiplied by 4.5 times.

Russians and Chinese dispute the leadership as the main nationality of origin of these investors, the former are mostly based on the coast destinations; in the case of Asians, since the granting of the visa is more flexible, there has been much faster growth and prefer buildings in large cities such as Madrid and Barcelona. Many of our clients diversify their investment and acquire a property in each of these cities. The growth of Chinese operations implies a change from a total of 363 transactions amounting 268 million until the end of 2015, accounting for 666 transactions valued at more than 468.7 million euros, 74.6% more in less than a year.