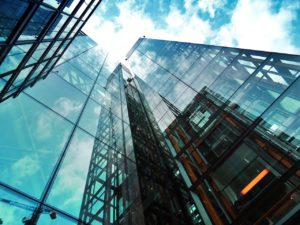 The recent judgment issued by the Spanish Supreme Court (98/2018) on 26 February has changed the position imposed on the remuneration system for directors with executive functions.

Until judgment 98/2018, the DGRN (Directorate General for Registers and the Notariat), the commercial courts and most of the doctrine interpreted that articles 217 and 249 of the LSC (Spanish Corporate Enterprises Act) were not applied cumulatively but as an alternative. However, the Supreme Court has ruled against the position that had been imposed, so the companies must now adapt their remuneration policy to this new situation.

1. The role of director is unpaid, unless the company bylaws provide otherwise and establish a remuneration system.

2. The established remuneration system shall determine the concept or concepts for which directors should be remunerated and which may consist, among others, of one or various of the following:

a) A fixed assignment.
b) Attendance fees.
c) Shares in the profits.
d) Variable remuneration with general indicators or benchmarks.
e) Remuneration in shares or linked to their performance.
f) Compensation for dismissal, assuming that the dismissal was not motivated by the breach of the director’s duties.
g) Any savings systems or provision deemed appropriate.

3. The maximum amount of annual remuneration for directors in their capacity as such must be approved by the general meeting and shall remain valid until amendment thereof is approved. Unless the general meeting decides otherwise, distribution of remuneration among each director is established by agreement with the same and, in the case of the board of directors, by said board’s decision, which must take the duties and responsibilities of each director into consideration.

4. In all cases, directors’ remuneration must remain proportionate to the significance of the company, the economic situation at that moment and the market standards of comparable companies. The established remuneration system must be designed to promote the long-term profitability and sustainability of the company and incorporate the necessary precautions to avoid excessive risk-taking or rewarding unfavourable results.”

“Article 249. Delegation of powers of the board of directors.

The contract must conform to the remuneration policy approved, where applicable, by the general meeting.”

Consequently, from now on the remuneration for directors with executive functions will also be affected by the “bylaw reserve” regarding the directors’ remuneration (envisaged in article 217 of the LSC). In other words, the Supreme Court understands that articles 217 and 249 of the LSC are applied cumulatively. This is due mainly to the fact that the previous interpretation enabled the governing bodies to skip the limits established in the bylaws and by the general meeting.

In short, from now on the remuneration for directors with executive functions must pass the following three levels: