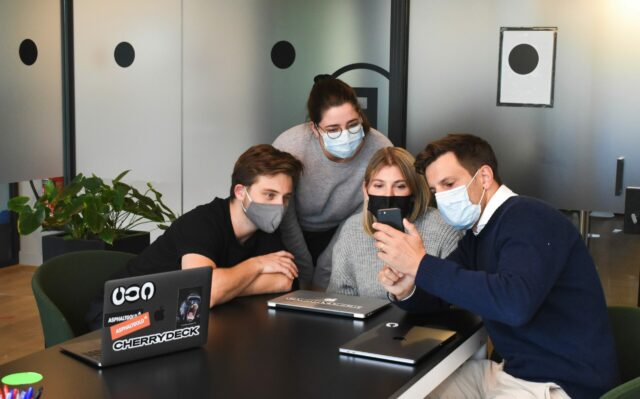 Selling a business is not only selling a group of tangible assets but also includes goodwill and, therefore, a group of assets are sold which have been organised for producing or exchanging goods or services in the market. The possibility of selling that goodwill arises from the principle of contractual freedom contained stated in article 1,255 of the Spanish Civil Code, which is also specifically acknowledged in article 39.4 of the Spanish Code of Commerce, in several articles of the Spanish Civil Code and in other regulations such as the Spanish Workers’ Statute.

The main phases in selling a business in Spain are as follows:

The first step to selling a business is inexorably to value it. Different valuation methods are used such as the comparable transaction multiples, the discounted cash flow method and the adjusted equity values.

The most widely used method, i.e. the comparable transaction multiples, uses information about the transactions made in the same sector by applying the multiple calculated for that type of transaction to the EBITDA of the company being sold.

Subsequently, a teaser should be drafted that summarises the company’s basic information for potential investors without data which identify it. This is the document that will initially be submitted to prospective buyers.

The parties interested in the teaser must sign a non-disclosure agreement, undertaking not to disclose the information provided to them in the subsequent phases nor use, for their own benefit or that of third parties, the data which they access when the documentation is delivered and in the subsequent negotiations.

This document is submitted once the NDA is signed, providing prospective buyers with information about the company’s activity and its main economic and financial factors. That information must be the basis for the other party to make an informed decision based on the transaction’s viability and its interest in buying the business. The document must include, among other matters, the company’s history, the details of the market in which it operates, and its structure, organisational chart, products, revenue details, fixed assets, and number of clients and suppliers. Nevertheless, sensitive information should be excluded since this could jeopardise the company’s competitive situation if it is not sold.

The letter of intent, also called a term sheet or memorandum of understanding (MOU), contains the parties’ agreement for the company’s acquisition and sets out the basic conditions for the planned transaction. In the document, the parties state their wish to negotiate in good faith the conclusion of the contract and set out the main terms for the acquisition. Nevertheless, there is no obligation to sell or buy the business, so it only formalises the existence of a pre-contractual phase, providing some certainty in the event of the buyer’s fault in conclusion of a contract or culpa in contrahendo.

Signing a letter of intent enables both parties to continue with the information exchange and provides the seller with greater certainty that the information will not be used against its interests. Sometimes an exclusivity clause can be laid down so that the buyer ensures that the seller is not negotiating with other prospective buyers.

But be careful: the binding or non-binding nature of the letters of intent must be well understood by the parties when a business is transferred, which is why a lawyer should provide advice for drafting them because… are they binding?

“Intent” in the Spanish legal system provides some confusion but, among other features, it lays the foundations for the future negotiations and, if they are ignored, we may end up challenging their effectiveness in court.

The letter of intent is a formal agreement which sets out the terms and conditions of a transaction in a very general way and the terms of the future negotiations that must be made in good faith; we can say that the objective of this commercial instrument is to establish the conditions for the successful conclusion of a transaction.

The letter usually sets out a reference amount or formula for calculating the price and the time limits for completing the negotiations and schedule for the due diligence.

We cannot safely state that a letter of intent is not legally binding. This will depend on whether it has appropriately worded clauses, an indeterminate purpose, conditions precedent and, above all, the mandatory non-binding clause but, although the letter of intent does not generally require arranging the planned sales contract nor generates on its own the right to demand compliance, it is a binding contract with its own purpose, reason and consent.

Letters of intent are atypical and complex agreements and, as a result of their complex nature, may generate two types of liabilities:

This term refers to the legal and financial review of the company to be acquired, analysing its legal compliance and reviewing its legal and financial situation. At the end of the day, the purpose is to have greater knowledge of the company with the aim of assessing whether the investment is advisable, calculating the enterprise value and assessing the transaction risks for the buyer.

The due diligence identifies the risks and contingencies when buying the company by cross-checking the data provided by the seller during the pre-contractual phase. The review can adjust the price or even rule out the transaction if the process reveals that it is not viable. The due diligence also enables the seller to limit its liability since it is understood that any contingencies evidenced in the due diligence have been taken into account when determining the acquisition price.

By signing the sale and purchase agreement, both parties, as the buyer and seller, bind each other but the business is not transferred until the conditions precedent stated below are fulfilled. Therefore, it forms part of the agreement and delivery system set out in the Spanish Civil Code although, to enable the parties to exercise their contractual freedom, this type of agreement usually follows the structure of common law (also called Anglo-American law) and contains the following clauses:

The representations are made mainly by the seller to guarantee the accuracy and veracity of the situation of the company being sold based on the due diligence results. Therefore, the seller specifies the warranties for potential hidden defects in the object being sold and the scope and consequences of its liability for indemnifying the damages to the buyer. The less thorough the due diligence, the more important the detailed wording for these types of clauses, which should include the company’s main features.

They are conditions which depend on whether the typical legal effects of a sale and purchase agreement come into force. Therefore, in practice, signing a contract works as a promise to buy but will not render effects until those conditions are met.

They are included to ensure that the buyer is entitled to terminate the contract or at least have the opportunity to renegotiate its terms without concluding the transaction, provided that the business has suffered changes which have objectively altered its circumstances, generating actual damage to the buyer.

The price is usually envisaged to be paid in cash on the closing date but payment deferrals (with different guarantees) and potential adjustments tend to be made depending on the subsequent performance of the business acquired (even after the closing date, such as an earn-out).

It is usual to include non-compete or non-solicitation clauses.

Once the conditions precedent are met, the SPA is notarised. This is the closing. At that time, both parties complete the acquisition of the business, which is transferred therein to the buyer.

Post-closing obligations are usually envisaged in the SPA and they must be executed. Such obligations may include a transition contract which specifies the services to be provided by the seller until the buyer implements its processes at the company addressed by the sale, price adjustments or an earn-out to the seller.

Remember that, in any case, the business acquisition process changes substantially depending on the transaction’s features and the parties’ interests. For example, this can be done through corporate restructuring, such as a merger or spin-off, or only acquiring one production unit, without buying the company’s shares or equity units (which is very usual when acquiring businesses that have entered into an arrangement with creditors).

AGM Abogados specialises in the sale and purchase of businesses. If you want more information, please contact us here.