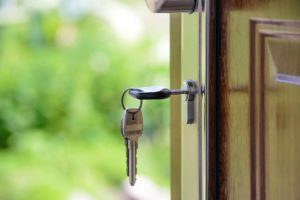 As pointed out by the different indicators of the Spanish Real Estate market, it has been confirmed that it has been reactivated in the last quarter of 2016 and continues to rise in 2017, with a steady consolidation of the housing sector being expected in most of Spain.

It is true that this growth is not the same throughout the country, but in certain communities the brick industry is going to go on the path of achieving the prices they had before the crisis.

Thus, regions such as the Balearic Islands, Catalonia and Valencia, experienced a growth of 13.70%; 20.30% and 12.80% respectively of home purchases in the 4th quarter of 2016, over the previous year, and a year-on-year variation of the premium square meter of more than 5%, according to the latest report prepared by the Statistical Information Center of the General Council of Notaries in Spain, predicting a steady and constant recovery of real estate and its price in Spain.

This positive evolution has its origin in different causes, highlighting among them, the economic situation and constant growth of the Spanish economy, the opening of the financial markets for financing properties, the price of the real estate and the constant interest of the Foreign investors, both private and investment funds, in the purchase of flats.

Likewise, it should be also noted that in large capitals, with an important sector of the population, cannot access the purchase of their home, which has made and will make the housing rental market continue to grow strongly, raising the profitability of properties of the investors.

The combination of all these factors foresees that growth will be strengthened in 2017 and 2018, with a higher number of real estate purchases and consequently a consolidation of the investment made.